The media world is buzzing about an article recently published in the Proceedings of the National Academy of Sciences. Kiju Jung, of the University of Illinois at Urbana-Champaign, and colleagues, published an article titled, "Female hurricanes are deadlier than male hurricanes." The article claims that female-named hurricanes are more deadly because the public perceives such storms to be less threatening than male-named hurricanes.

The Economist wrote about this article yesterday (http://www.economist.com/news/science-and-technology/21603243-it-sounds-incredible-hurricanes-womens-names-kill-more-people-do) and many people have been posting articles supporting or criticizing the findings of the article by Jung et al.

Eric Holthaus critiqued these findings in an online post this morning: http://www.slate.com/blogs/future_tense/2014/06/03/are_hurricanes_named_after_women_more_dangerous_not_so_fast.html. 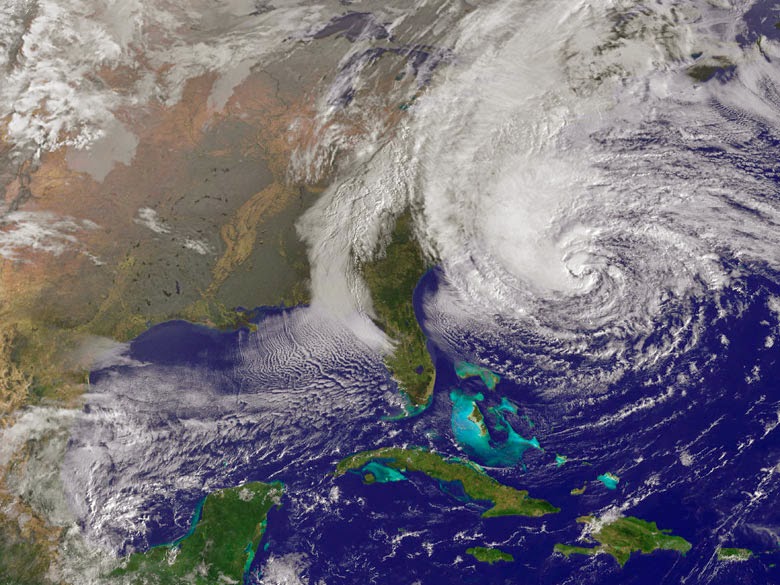 The study by Jung et al. removed Hurricanes Katrina and Audrey as outliers. Audrey occurred in 1957, so it is outside the 34-year window of comparison, however Hurricane Katrina occurred in 2005 and would be included in my surge analysis if it were in the original study. Katrina would change things quite a bit, as it's 28-ft (8.53-m) storm tide was the largest modern-day coastal flooding water mark in the Western Hemisphere. If Katrina were included, then female-named storms would then produce an average surge height of  10.6 ft (3.23 m), which is about 11.1% higher than male storms.

Not including Katrina, the highest three storm surges from male and female-named hurricanes since 1979 were:


These data came from SURGEDAT, a global storm surge database we've constructed through the NOAA-funded Southern Climate Impacts Planning Program (SCIPP). Where possible, I used storm surge heights, but in some cases storm surge obs were not available, so I used storm tide heights. Although I've noted storm tide datums as much as possible, I have not yet adjusted all of these heights to a common datum, so datum differences do cause slight errors in these values.

Whether you agree or disagree with the findings by Jung et al., it is hurricane season, so we can expect the media to be picking up on more hurricane-related news. Stay tuned to Hurricane Hal's Storm Surge blog for storm surge context/ climatology related to active hurricanes and tropical cyclones this season.

Posted by Hurricane Hal at 12:05 PM No comments: