Tropical Cyclone (TC) Chapala slammed into the coast of Yemen on Tuesday. Chapala was the first known hurricane-strength TC to make landfall in Yemen, however, a TC of tropical storm-strength struck the country in 1960, followed by a tropical depression in 2008, according to Jeff Masters and Bob Henson of Weather Underground. They also note that Chapala's maximum sustained winds reached 155 mph, making it the second most intense TC in the recorded history of the Arabian Sea, with only TC Gonu in 2007 producing higher sustained winds. 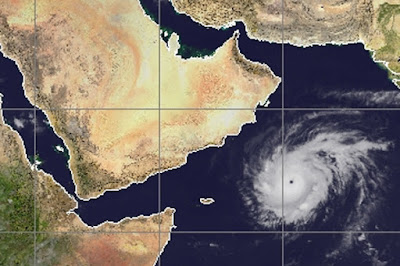 Chapala's greatest impact was flash flooding form torrential rains, which could reach 3-4 times the average annual rainfall, according to an article posted by The Weather Channel yesterday.

People in lush landscapes sometimes are surprised to hear about the impact of heavy rains in arid regions. In subtropical climates with plentiful rainfall, dense foliage and deep organic matter on the ground serve to break the fall of rain and soak up much water. In arid climates, however, vegetation in sparse and soil is thin, so much of the rainfall lands on rock and immediately runs off. 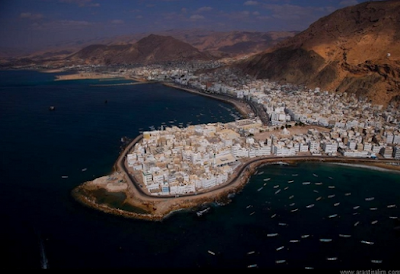 Such is the case in Yemen, where photos and videos of flash flooding are depicting catastrophic impacts, particularly near the city of Mukalla.

Runoff from heavy rains engulfed the city of Mukalla, Yemen, on Tuesday.
Image: @saeedalBatati
This blog discusses storm surge from a data-driven perspective. Information in this blog should be used for educational purposes only. For decision making, consult the National Hurricane Center's storm surge forecast, or weather/ marine products provided by your local National Weather Service Forecast Office. Therefore, information on this site should not be used for decisions included, but not limited to, evacuations, storm preparations, insurance claims, or any decisions that may result in loss of life, injury, or personal, corporate or public economic losses. All personnel associated with Marine Weather and Climate LLC, including Hal Needham, or "Hurricane Hal", are not liable for any decisions that lead to injury, death, or any personal, corporate or public losses, including economic losses associated with tropical storms, hurricanes or storm surge events.