Substantial Back Bay Flooding in New Jersey and Delaware

Substantial back bay flooding is inundating New Jersey and Delaware this morning. Tides in back bays usually peak after tides on the open coast, so bay levels peaked in many places during the past two hours. 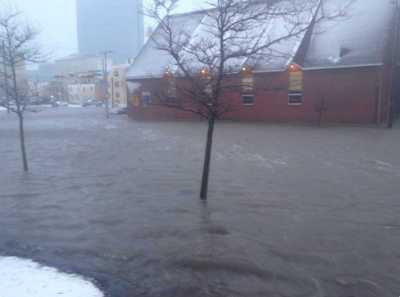 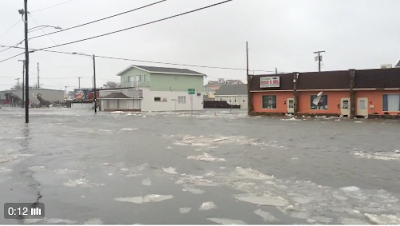 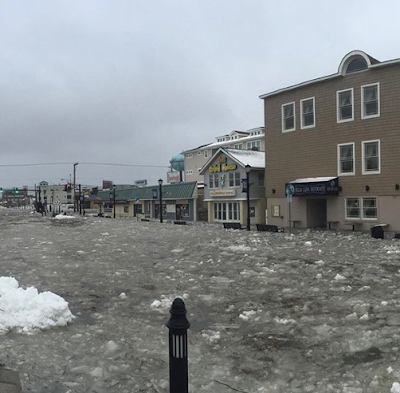 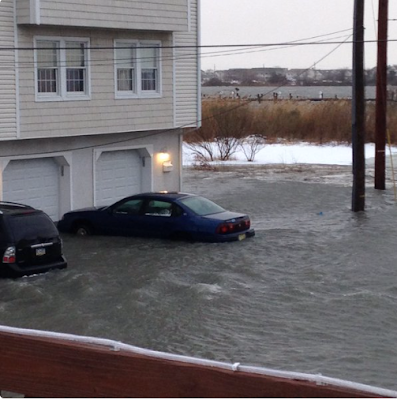 
The Weather Channel reported that the total water level (storm surge + tide) exceeded the level produced by Superstorm Sandy in Stone Harbor, New Jersey. If areas have indeed exceeded Sandy's water level that is due to the unfortunate timing of this event. Although Sandy generated a higher storm surge (water displaced by the storm), strong winds today enabled the surge to rush in just before today's highest high tide, which is near the highest tide level for the month because of tomorrow's full moon.

The timing of today's moderate storm surge and extremely high tide may have enabled the total water level to eclipse Sandy's highest water in several locations.

Posted by Hurricane Hal at 8:44 AM