Winter Storm Jonas threatens to slam the Mid-Atlantic Coast with storm surge and high waves. While this epic winter storm will most be remembered for inflicting blizzard conditions near the Nation's Capital and dumping feet of snow, coastal flooding is a concern from Virginia through New Jersey.

I've begun to hear chatter about this coastal flood event being one for the record books. In this blog post, I share details about the upcoming flood event in terms of timing and magnitude. I conclude that while this will not be a storm surge for the record books, total water levels may be similar this past October's surge event, with potentially greater impacts.

Wind Event
The National Weather Service is forecasting a strong onshore wind event for tidewater Virginia, the Delmarva Peninsula, and the Jersey Shore. The grid point forecast for Cape May, New Jersey, depicts sustained winds exceeding 40 mph, with gusts in the 50s mph, for an 10-hour period on Saturday. 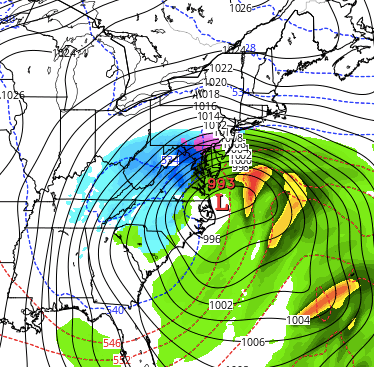 The GFS Model predicts a 993-mb surface low will pull off the Atlantic Coast on Saturday afternoon. The pressure gradient will generate strong onshore winds from Virginia to New Jersey. Image: http://www.tropicaltidbits.com/


Wind Direction
The most intense winds will be from an ideal direction to cause coastal flooding. Strong northeast winds are the most efficient at generating coastal flooding along the Delmarva Peninsula and coastal New Jersey, because water tends to deflect to the "right" of winds in the Northern Hemisphere.

The National Weather Service forecasts maximum sustained winds to exceed 40 mph and wind gusts to exceed 50 mph for a 10-hour period on Sat Jan 23, at Cape May, New Jersey. The red box on this graphic depicts wind speeds from 10AM - 6PM on Saturday in Cape May. The strongest winds should be from the northeast. Source: www.nws.noaa.gov.

Timing
The strong winds will build the biggest surge through Saturday afternoon and evening, which is unfortunate timing on the monthly calendar. The moon is full on Sunday, meaning high tides this weekend will be at their highest levels for this month. 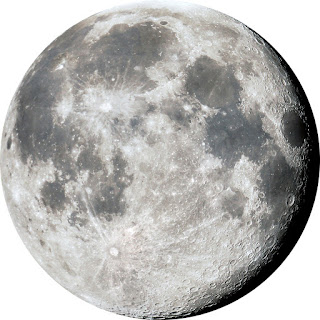 Unfortunately, this weekend's storm coincides closely with a full moon, which creates the highest tide levels of the month.

However, on the daily calendar, the timing of the most intense winds is actually quite good. This region experiences two high tides per day, and it appears the storm will displace more water around the time of "Lower High Tide," on Saturday evening, than the "Higher High Tides" on Saturday and Sunday mornings. This is fortunate, as coastal flooding would be worse if the strongest winds arrived earlier or later.


Water Levels
We can expect maximum storm surge levels to reach approximately 3.0-3.5 ft above predicted astronomical tides on Saturday afternoon and evening in the most vulnerable areas. Storm surge levels should drop to around 2.1-2.6 ft by dawn on Sunday. However, homeowners should be concerned about the total water level (storm tide), not just the level of storm surge.

Predicted water levels at Atlantic City, New Jersey from Jan 21-24. The greatest threat to coastal flooding will be during two high tide cycles on the evening of Sat Jan 23 and morning of Sun Jan 24. Original plot from www.tidesandcurrents.noaa.gov.

Predicted water levels at Cape May, New Jersey from Jan 21-24. The greatest threat to coastal flooding will be during two high tide cycles on the evening of Sat Jan 23 and morning of Sun Jan 24. Original plot from www.tidesandcurrents.noaa.gov.


I created a table (below), in which I predict storm surge and total water levels (surge + tide) at Atlantic City and Cape May. The timing and height of predicted tide levels come from NOAA Tides and Currents. Water levels are in height above Mean Lower Low Water (MLLW).

The storm surge predictions are my own and added to the predicted astronomical tide.  For surge prediction I used the "Hurricane Hal's Secret Rocket Ship Model," which is basically my intuition after working with surge data for eight years now. But, hey, everyone likes thinking about rocket ships, right?

These are "deterministic" predictions (not probabilistic), meaning I'm sticking my neck out there and trying to make an "exact" forecast, and not considering the likelihood or unlikelihood of my prediction. I'm not doing advanced modeling here, so please account for a margin of error (yay- disclaimers!)

These water levels would cause minor to moderate coastal flooding near the time of high tides.


Comparison to Previous Events
I do not expect that this surge event will be one for the record books. Although the winds will be howling from late morning until after dark on Saturday, the duration of this wind event will not be long enough to really get a big surge setup. So in places like coastal New Jersey, don't expect water levels to approach historical levels reached by Hurricane Sandy or even the 1962 Ash Wednesday Storm.

When we compare historical storms, we see there is a difference in surge potential from storms that ride up the coast and those that pull off the coast. A nor'easter or hurricane riding up the coast will generate longer-duration onshore winds than a storm pulling off the coast, like Jonas.

That said, water levels may approach or slightly exceed those reached this past October from the "October Pressure Gradient Surge." Although all surges occur from pressure gradients, the event in October was amazing because of the geographic scope of the event. A widespread pressure gradient between Hurricane Joaquin in the Bahamas and a strong high pressure system parked over Eastern Canada caused four days of prolonged, strong onshore winds. 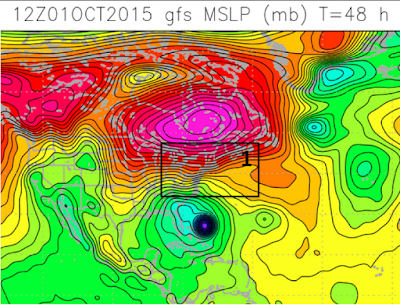 The pressure gradient between Hurricane Joaquin and a strong area of high pressure created a prolonged onshore wind event in October. Although winds may be stronger this weekend, it will be a shorter duration event. Image: http://moe.met.fsu.edu/tcgengifs/, edited by Hal Needham.

These surge levels were high enough to cause minor to moderate coastal flooding along the Jersey Shore, particularly near Ocean City, Sea Isle City and Avalon. I came across powerful waves washing across the causeway of Avalon on the afternoon of Sun Oct 4. 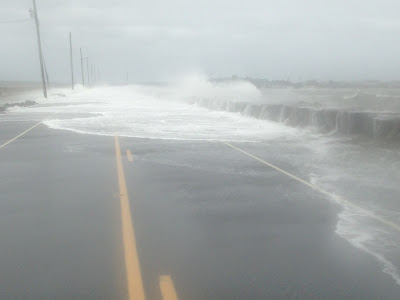 Powerful waves crashed over this seawall on the north end of Avalon, New Jersey, on the afternoon of Sun Oct 4. I was trying to drive from Avalon to Ocean City, but I could not pass this location. Photo: Hal Needham.

The chart above shows that I am predicting similar total water levels this weekend. I think total water levels will be similar because it takes time to move a lot of water. Although winds this weekend should reach higher levels than in October, the duration of sustained winds greater than 30 mph should only last about 24 hours, whereas October's gradient event produced prolonged onshore winds (25mph+) for 3-4 days.

1. Wave heights may be higher. It takes time for wind to displace a column of water in the ocean, but surface wind waves often generate more quickly. As sustained winds over open ocean could top 50mph, with gusts in the 70s, massive waves will pummel the coast. So waves riding on surge inundation could do considerable damage.

2. October's storm surge produced moderate coastal erosion in New Jersey. After the surge subsided, I personally found 7 ft (2.13 m) cuts in Sand Dunes in the town of Avalon. A lot of sand and grass washed away, and there has not been time for natural or artificial beach nourishment. Therefore, similar storm tide levels this time may flood areas not flooded in October. 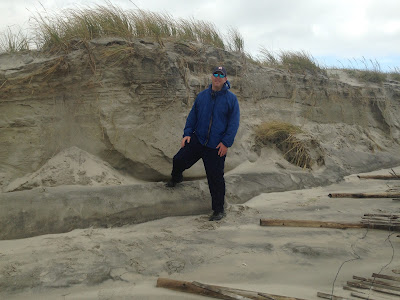 October's Gradient Surge along the Jersey Shore cut 7-ft (2.13-m) faces into sand dunes in Avalon, NJ. I am standing next to one of these cuts on Mon Oct 5. (Photo: Hal Needham).

Post your thoughts or questions about this surge event and let's get the party started!

Take care and stay safe everyone!